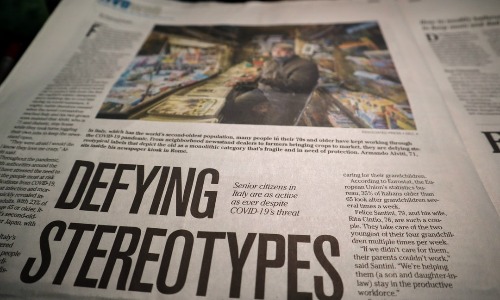 Many organizations spend tens of millions of dollars each year attempting to pigeonhole their employees into groups of manageable archetypes. Typically, this is done for the benefit of the bureaucracy and not for the benefit of the employees. The organization is looking for ways to achieve better returns on capital or to spread their message in a way to attract talent without really thinking about the true impact their organizational culture has on the quality of life for employees. Even organizations using personification with the intention of improving the quality of life for their employees typically do it wrong.

Here are two of the ways they make mistakes—and how to avoid them.

Many organizations like to use generational archetypes as a way to identify the various personality characteristics and motivators of an employee. To that end, sociologists and employers like to label the various generational groups and paint them as being fundamentally different from each other.

These groups include Gen Z, Millennials, Gen X, Baby Boomers, and the pre-war Traditionalists. There are some superficial differences in the preferences and habits of these groups. A Gen Z kid is more likely to be a fan of Machine Gun Kelly than is a Boomer. (If you don’t know who Machine Gun Kelly is, you’ve proved my point.) Traditionalists are concerned about their retirement nest egg, while the Gen Y person may be thinking about how to finance their first house.

But employers should be concerned with how people behave on the job. Is a given employee dedicated, lazy, hard-working, dishonest, eager to please, or indifferent? Are they a good team player? Do they want to lead or follow? Are they ready to jump ship for more money at some other job? Do they embrace innovation?

In reality, in the workplace, generational personification is a big mistake. There are many hard-working Millennials and Boomers. There are many indifferent Gen Zers and Traditionalists. The closer you look at these simplistic age categories, the more you see how inaccurate they are. Age is just one demographic data point among hundreds that make up who we are and our expectations. It’s crazy to think that your age alone is a predictor of your approach to your job.

For centuries, it’s been an ironclad axiom that in group situations, men and women behave differently. Men are dominant, women are submissive. Men like to “go it alone,” women are collaborative. Men are admired for being aggressive, while assertive women are accused of being bitchy.

Gender bias can make leaders have unfounded assumptions about their employees. It can make a CEO assume incorrectly that a male vice president would be more dedicated to the company’s success than a female vice president. It can make the CEO assume incorrectly that a particular female candidate would make different decisions than her male counterpart, or that she would have difficulty exerting leadership over her male subordinates.

Science says that in leadership roles, men and women aren’t very different. As Catherine H. Tinsley and Robin J. Ely wrote in “What Most People Get Wrong About Men and Women,” while there’s wide variation among women and among men, meta-analyses show that, on average, the sexes are far more similar in their inclinations, attitudes, and skills than stereotypes would have us believe.

When managers see differing success rates of women and men, or in behaviors that are critical to effectiveness, instead of assuming the gap is innate they can try to understand the organizational conditions that might be responsible. As the authors wrote, “Seriously investigating the context that gives rise to differential patterns in the way men and women experience the workplace—and intervening accordingly—can help companies chart a path to gender parity.”

In your workplace, ensure you don’t throw up roadblocks to employee happiness by relying upon outdated and damaging preconceptions about generational and gender behavior.

No comments to show.